E-Poetry for Holocaust Remembrance Day, dedicated to the victims of the Husum-Schwesing concentration camp. 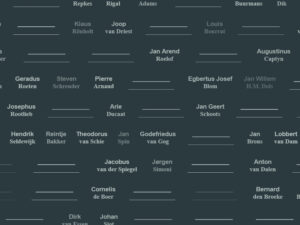 But what is e-poetry? And what does e-poetry mean for the Culture of Remembrance?

E-poetry is text moved by code. Unlike poems on paper, the text in an e-poem has a behavior that responds to the reader. Due to this characteristic, e-poetry can create meaning in a space where stationary art cannot.

There is a stationary art installation at the Concentration Camp Memorial Site Husum-Schwesing. Between September 25, 1944, and December 27, 1944, more than three hundred people were murdered here under the use of forced labor and torture. Today, some 300 steles commemorate the victims on-site. A victim’s name is engraved on each stele. Here it is intended to let the names slowly fade away, as the steles are made of rusty material that facilitates the vanishing. According to the website of the memorial site, that process should remind us how difficult it is to remember the Nazi crimes. Meanwhile and in fact, some of the victims‘ names have been vanished almost completely. Nobody has brought them back so far.

The e-poem »297 Names« opens a symbolic possibility to act. Due to its characteristic, it is possible to bring the names back. By that, the key aspect of our Culture of Remembrance becomes tangible.

At 297names.com, the viewer will find a digital memorial wall with the names of the victims that we know of. It is assumed, though, that up to 200 more people have been killed in the Husum-Schwesing concentration camp. In the e-poem, empty spaces represent the unknown dead.

Each time the e-poem is started, the order of the names is rearranged. The reader can scroll down to read them all, but after a few seconds, the names start to fade away. If the reader moves the mouse pointer over a name, the name becomes visible again. If the reader gives up, oblivion starts again. What is being expressed here is the continuous effort of the Culture of Remembrance that must remain focused on the victims.

E-Poetry is an independet form of art. In this TED-Talk, Leonardo Flores, president of the Electronic Literature Organization gives an introduction. 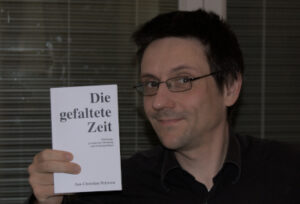 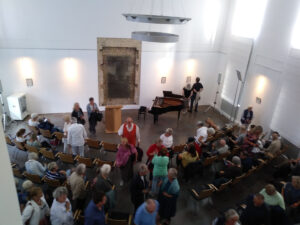